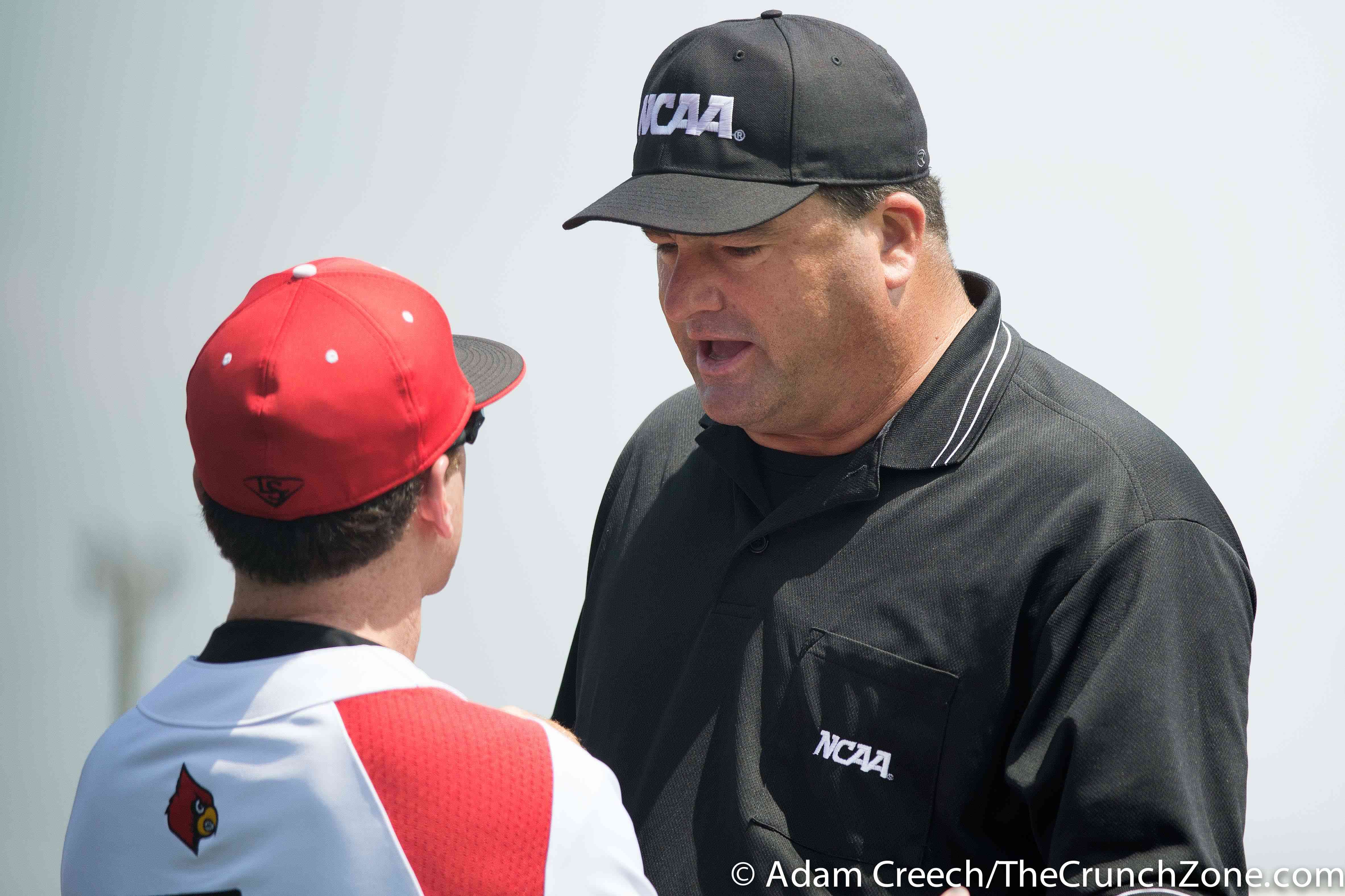 A seven-run fifth inning proved too much to overcome as the No. 3 Louisville baseball team closed the 2016 ACC Championship with a 7-2 loss to No. 7 Virginia in Saturday night’s pool play finale at Durham Bulls Athletic Park.

With both starting pitchers cruising through the first four innings on Saturday, the fifth inning was the game-changer as Virginia exploded for seven runs on nine hits matching the highest scoring inning surrendered by Louisville this season. Each of the first six batters in the inning reached base against Cardinals junior lefty Drew Harrington. The scoring started with a RBI single by Adam Haseley and continued with a RBI double from Charlie Cody and a two-run single by Jack Gerstenmaier. Following a RBI sacrifice fly off the bat of Ernie Clement, Matt Thaiss and Pavin Smith added RBI singles for the seven-run cushion.

The Cardinals broke through for their first run of the night in the bottom of the fifth inning with a one-out RBI single by junior Logan Taylor to score redshirt freshman Drew Ellis, who walked and moved to second on a wild pitch before scoring. Louisville threatened for more loading the bases with two outs, but Haseley coaxed a strikeout to strand the three runners and end the inning.

Louisville added its final run in the seventh inning when junior Corey Ray connected on his 15th home run of the season. The Chicago native launched a 1-0 offering from Tyler Shambora over the right field wall for his 27th career collegiate homer.

Harrington suffered just his second loss of the season and the first since Feb. 28 allowing a career-high seven runs on nine hits in 4.1 innings to fall to 11-2 overall. Excluding the fifth inning, the Louisville pitching staff faced the minimum of just 24 batters in the other eight innings on Saturday.

Haseley earned the victory on the mound for the Cavaliers and moved to 9-3 on the season allowing one run on just two hits and five walks in five innings. All nine starters in the Virginia lineup hit safely with Pavin Smith finishing with the only multi-hit performance at 2-for-4 with one RBI.

Florida State, which finished 3-0 in Pool A, is scheduled to face Clemson in Sunday’s ACC Championship title game, which is set for 10 a.m., ET on ESPN2. The finale was previously set for noon, but was adjusted due to expected inclement weather on Sunday.

Louisville will learn its NCAA Championship assignment with the announcement of the field of 64 teams on Monday at noon ET on ESPNU. The 16 Regional hosts for the 2016 NCAA Division I Baseball Championship will be announced starting at 8:30 p.m., ET on Sunday (May 29) on the NCAA Baseball social channels — @NCAACWS and https://www.facebook.com/NCAACWS.