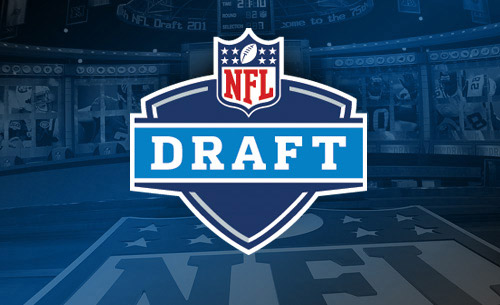 Pryor, a 6-2, 215-pound safety from Port St. Joe, Fla., becomes the ninth first-round draft pick in school history and the third since 2007. Pryor is the highest defensive back taken in the school’s history, besting Ray Buchanan being selected in the third round by the Indianapolis Colts with the 65th pick in 1993. Pryor is the highest pick at Louisville since Amobi Okoye was selected by the Houston Texans with the 10th pick of the 2007 draft.

In three seasons in the Red and Black, Pryor recorded 218 tackles and seven interceptions during his career. One of the game’s biggest hitters, Pryor holds the school record with nine forced fumbles.

A first team All-American Conference selection this season, Pryor finished the year with 75 tackles and three interceptions in leading the Cardinals to a 12-1 record and a win in the Russell Athletic Bowl over Miami.

He recorded 14 tackles and an interception versus Rutgers and 11 and a pick in the loss to UCF. Pryor, who was also a second team All-American, ended the regular season with 12 tackles in an overtime win over Cincinnati.

A second team All-BIG EAST selection in 2012, Pryor finished second on the team in tackles with 100 and forced a career-best five forced fumbles.

Recruited as a quarterback and moved to the defensive side of the football in 2010, Smith concluded a remarkable transformation this season by leading the nation in sacks with 14.5 and led the Cardinals with 17.5 tackles for loss. The Cardinals led the country in sacks, total defense and rushing defense in finishing with a 12-1 record and were ranked 13th in country in the final polls.

The American Athletic Conference Defensive Player of the Year, Smith recorded 41 tackles and forced a team-high four fumbles. He recorded multiple sacks in five games a year ago, including a career-high three in a win over Rutgers.

For his outstanding efforts this season, Smith was named to numerous All-American squads. He was a first-team FWAA A honoree, a second teamer on the Walter Camp and USA Today teams and was a finalist for the Ted Hendricks Award, given to the nation’s top defensive end.

Smith, who played as a true freshman, finished his career with 24.0 sacks, which ranks seventh in school history and also finished with 32 tackles for loss, which is tied for sixth all-time.

The University of Louisville football program completed a record-breaking day when quarterback Teddy Bridgewater became the third first-round selection when the Minnesota Vikings selected him with the final pick of the first round of the NFL Draft, held Thursday night at Radio City Music Hall in New York City.

The Vikings traded with Seattle on the final pick of the first day of the draft to give the Cardinals a record three first-round selections. Safety Calvin Pryor went to the New York Jets with the 18th overall pick and defensive end Marcus Smith went No. 26 to the Philadelphia Eagles.

“It was a long night, but I’m extremely happy to be selected by the Vikings,” Bridgewater said after being drafted on Thursday night. “I feel Minnesota fits my style perfectly and wouldn’t mind handing the ball off to Adrian Peterson. I’m very thankful and blessed.”

Bridgewater was one of the top quarterbacks in the country, throwing for 3,970 yards and a school-record 31 touchdowns. The Miami, Fla., native, who was a second team all-conference performer, completed a nation’s-best 71.0 percent of his passes and only tossed four interceptions.

He opened the season by throwing for 355 yards and five touchdowns in a win over Ohio and added 397 yards and four scores in a victory over Eastern Kentucky.

In 2012, Bridgewater was named the MVP of the Sugar Bowl in Louisville’s win over fourth-ranked Florida. He passed for 3,718 yards and 27 touchdowns in being named the BIG EAST Offensive Player of the Year and earned All-American accolades.

In the final game of his career, Bridgewater threw for a career-high 447 yards and three touchdowns in the 36-9 Russell Athletic Bowl win over Miami. He was named the game’s Most Valuable Player after completing 35-of-45 passes and also rushing for a score.