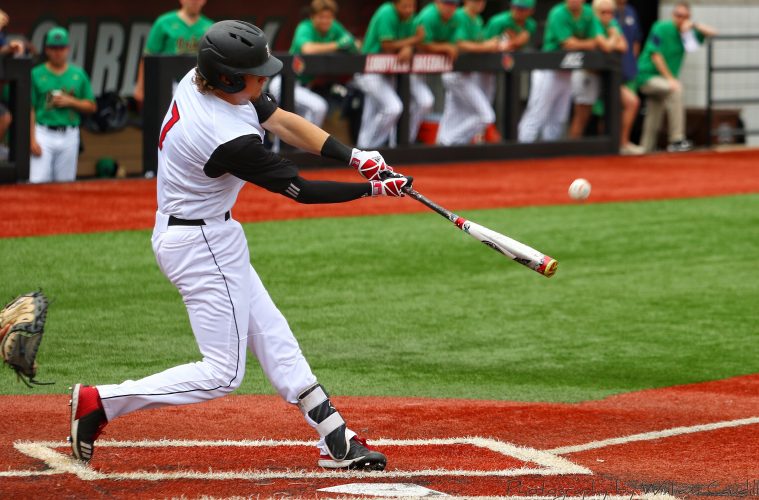 1 Month To First Pitch: What To Expect

It’s around the halfway point for the first month of 2019, meaning only one thing. There’s only one month to go until another exciting season of University of Louisville Cardinals baseball gets underway. The #4 Louisville Cardinals will kick off the season down in Lakeland, FL at Joker Marchant Stadium, the spring training home of the Detroit Tigers. They’ll be taking on the UConn Huskies for a 3 game series that starts on February 15th at 6pm. With the season fast approaching and the Cardinal Nine hoping to get back up typical Louisville Baseball form, what could we expect from this squad in 2019?

Despite losing talents such as Adam Wolf and Sam Bordner to the MLB Draft, the Cardinals still retain a very experienced pitching staff for the 2019 season. Nick Bennett, Bobby Miller & Reid Detmers, the #2 through #4 pitchers in the starting rotation, are all returning. Bryan Hoeing, who with only 5 starts in 2018 was third on the team in innings pitched, returns for his senior season after passing up his selection by the San Francisco Giants in the 2018 MLB Draft. Shay Smiddy, who embraced the closer’s role after Sam Bordner went down for the year with an injury, also returns. As a team, they return 60.3% of their strikeouts, 63.3% of their innings pitched, and 68.9% of their victories. Louisville’s pitching could be considered their best unit, even on a team with hitters such as Logan Wyatt and Tyler Fitzgerald.

“He Gets On Base”

Much like the pitching staff, there is still plenty of talent on the offensive side of the plate even with the program losing two of their best power hitters from last season in Josh Stowers and Devin Mann to the draft. While Mann & Stowers lead the the team in home runs (16 combined), the Cards still return 61.9% of their home runs. Even more impressive is the fact that Louisville returns 77.1% of their base hits. Both stats can be attributed to the fact that the only offensive players that the program lost were indeed Mann & Stowers. Between preseason All-American Logan Wyatt, a surging Tyler Fitzgerald, and everyone in between, this leaves Louisville with a roster full of experience at the plate, with no where to go but up. If there’s anything this Cardinals team will excel at, as Billy Beane would say: he gets on base.

Retaining as much talent as the program has, on top of bringing in the best recruiting class in program history, the Cardinal Nine have a shot at a really special season in 2019. While it will be hard to win the ACC regular season and championship title with North Carolina and Florida both also ranked in the top 15, it is not outside of the realm of possibility that Louisville could win either one. The Cards have a very good shot at hosting a regional and moving on to the Super Regionals. If they make it to the CWS, they have a chance at making a deep run since historically, teams with a top 10 pitching staff do the best in Omaha.

If you’re just as excited as I am about the upcoming season, attending the 2019 Louisville Baseball Lead-Off Dinner is an absolute must. This year’s feature guests will be UofL Alumni and current MLB players Nick Burdi (Pittsburgh Pirates) and Josh Rogers (Baltimore Orioles), and will take place at the Louisville Marriott Downtown on Friday, January 25th at 7pm. Tickets to the event are listed at $65 per seat with tables of 10 also available for reservation at $650. The deadline for reservation is January 18th, and can be done so here.

After opting to charge for admission last season for the first time in program history, the program has decided to make some slight changes for the 2019 season. Instead of charged admission for all home games, 17 of the 34 home games will revert back to free admission. The only games that will charge admission will be the home games against Kentucky and Vanderbilt, and the 15 ACC games. Season tickets can be purchased here.